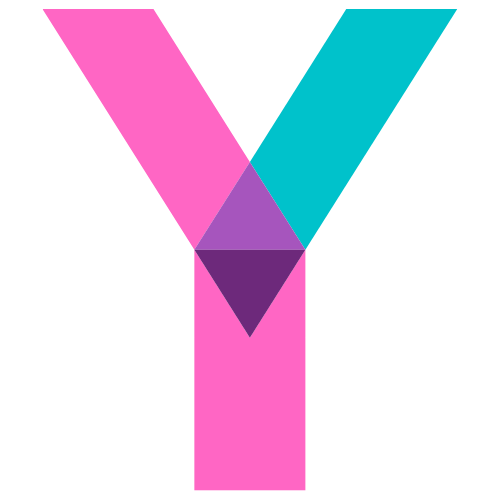 Proudly powered by your presence.

I’m a fiction writer by trade, and some of the prevailing advice I and my kind often get is the adage, “Show, don’t tell.”

I tend to steer clear of dichotomous mindsets, seeing no need to forfeit one for the other. In other words, I’m just not an “either/or” type of gal. I’m “both”. In my books, I strive to both show and tell. In my foray into this nonfiction blog “despite its name, LOL”) it only makes sense for me to follow suit. Instead of only telling you how to grow your hair to your stallion booty, how about I show you, too. I’m embarking (sounds dramatic as all heck, I know) on a journey and quest to grow my natural, kinky-coily hair to classic length; as in, the very bottom of my, well…bottom. LOL.

My hair is currently in a varying state of wonkiness depending on where you look due to five consecutive years of hard water damage, protein overload (unbeknownst to me at the time. I know, it took that freaking long to figure it out. SMH. Don’t be like me), resulting matting/locking and consequential mechanical damage from quite literally ripping my hair apart to free it of said severe matting and locking. I ended up giving it a much-needed cut in April 2019 as it was severely thinned and tapered toward the ends. No, not just the ends. Like the entire last third of my length. It was also riddled with fairy knots (a.k.a. spawns of the devil him/herself despite their name) and all that combined damage/wonkiness simply had. To. Go. So it did.

It was the best decision I made for my hair in years. It helped with the maneuvering and the overall handling of my hair by leaps and bounds. My hair had uneven breakage and the right side had it the worst. It was significantly shorter than the left, and so my cut followed suit. My goal wasn’t to even things out. Just to cut off as much damage as possible. The end result? The right side of my hair was APL (armpit length) and the left was BSL (bra strap length). A year later, April 2020, those areas are now BSL and WL (waist length) respectively. In that time, the single best decision I’ve made is to commit to quarterly trims of about a quarter of an inch (a little over half a centimeter). So every three months, I take just a little off the ends. That keeps them on the blunter side and gradually removes more of the taper/wonkiness from the culmination of damage over the years.

I’ve also completely removed protein conditioners/deep conditioners/treatments for now, focusing entirely on moisturizing products to get my hair back in balance. I also take note of breakage which I still get when handling/deshedding my hair (yes, the damage was/is that extensive and cumulative) but it is gradually decreasing with the ongoing trimming schedule and incorporation of moisture to balance the protein.

So the goal for the rest of 2020 is to grow the left side of my hair to HL (hip length) and the right side to WL (waist length). I’ve been wearing my hair in loose two strand twists (12 on each side for a total of 24) on blown out hair using my Revair reverse air dryer. Keeping my hair stretched prevents tangling (and therefore, the need to detangle, which is why I referred to the process as “deshedding”, as in, removing shed hair) and minimizes the formation of those little demo– I mean, fairy knots. I’m currently trying to develop a method to stretch coily hair and keep it stretched for a more efficient and streamlined washday routine, including styling. I’m also going to incorporate “old-school grease”. LOL. Yeah, I said it.

The claim that it clogs pores is unfounded, seemingly more of a myth than unicorns are as mineral oil and petrolatum are non–comedogenic. I already use castor oil to lubricate my hair and that would be considered a heavier/greasy botanical oil, but it really does the job of keeping my hair soft and supple, and any greasiness fades after a day or two, and I’m pretty heavy-handed with it on my twists. That, along with the quarterly trims, keeps my end in good shape and prevents them from catching on to each other. This can be a real pain in the behind when you try to unravel/take out your twists, especially if you keep them in for weeks at a time like I do. I’ll be greasing my scalp as well as my hair. I was actually inspired to try this after I used straight up petroleum jelly from the dollar store on my face after showering one day. No, it did not break me out. Or give me a rash. Or trigger the apocalypse. On the contrary, it made my skin feel, supple and smooth, even on areas I know have a lot of texture (my cheeks). It didn’t create buildup or attract dirt, dust, etc., etc.

Now, I’ve mainly used botanical oils on my scalp: usually a blend of jojoba, castor and peppermint oil mixed in a dropper bottle. I’ve been doing this consistently since 2019 and it’s a practice that I think is here to stay for the foreseeable future but more recently, my scalp still feels dry and itchy despite the oiling. I’m going to try grease to combat that. I’m specifically going to go with Sulfur 8’s original formula to see if that helps with dryness and itchiness. I’m also interested to see if it actually prevents/alleviates the amount of buildup I get, especially since greases like it are continuously touted to cause buildup in the natural hair community. That was the reason I’ve steered clear of it my entire natural hair journey (2011). I’ll be updating this post seasonally (every three months) which is how often I do my full water wash routine (another experiment for the year). In between that, I’ll be dry-cleaning my hair (LOL, sounds like I’m doing the laundry) but that simply involves using a warm to hot wet cloth (I’ll be using baby wipes) to manually/mechanically remove buildup, dirt, oil and dead skin cells off my scalp. I’ll also be deshedding and re-lubricating my twists so that the two fundamentals of washday are met (removing shed hair and cleaning the scalp).

I already know that mechanical cleaning of the skin is effective, as I’ve used vacuum exfoliation on my face (and dry brushing in the past) exclusively for extended periods of time with no soap/cleanser and my face was clean without getting dry or becoming an oil slick in its attempt to rebalance it sebum production. It actually stopped my face from getting overly oily (my T-zone used to be a straight up oil rig, I kid you not). I haven’t had that issue in years since cutting out over washing with soap and sticking to manual/mechanical cleaning. If I do use soap on my face, it’s only once in a while and never consecutively or consistently. The skin on your face (and chest) is somewhat similar to the skin on your scalp and, therefore, I’m assuming will react similarly. So, water washing every three months, and dry-cleaning every month in between is something that sounds quite feasible to me. We’ll see how it goes.

Internally, I plan on taking collagen powder – along with vitamin C to help with its absorption. I’m really hoping also it’ll do my skin some good, especially with the texture on my cheeks and any lingering hyperpigmentation across my face. I’ve never used collagen before, so it’ll be interesting to see how/if it works. I’ll be trying marine collagen, specifically. After doing some research (a.k.a. Googling), marine, a.k.a. fish/seafood collagen is better than bovine/cow collagen and better absorbed. I’ve read varying reviews but I’m hoping it helps both with optimal growth rate as well as the quality of my hair strands (stronger and more resilient, therefore less prone to damage and wear). I’ll be back with an update in June 2020.

This site uses Akismet to reduce spam. Learn how your comment data is processed.